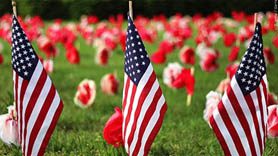 As we prepare to honor Memorial Day, we’d like to highlight a few of the benefits that Avadain’s  graphene can provide to both protect the men and women serving in the U.S. military, and to ensure our security against adversaries.

Graphene is a layer of carbon atoms organized in a hexagonal lattice, with a thickness of a single atom. It’s most familiar to people for being the writing agent in pencils! Graphene is unique due to its sp3 hybridization and exceptionally thin atomic thickness (0.34 nm). These characteristics make it extraordinarily strong (approximately 200 times stronger than steel), and an exceptional heat and electrical conductor.

Graphene’s carbon-to-carbon bonds are so tiny and strong that temperature variations cannot destabilize it. In addition, the material is incredibly versatile and may be coupled with other components (such as metals and composites) to create a variety of materials with amazing qualities.

There are innumerable military applications for graphene:

Body Armor: When struck by a bullet, two layers of graphene piled on top of one another become as hard as diamond and similarly impenetrable, according to a news release quoting researchers at the Advanced Science Research Center of the City University of New York. Researchers are enthusiastic about creating body armor using graphene, since it is so light and flexible.

Drones: Graphene can reduce the weight and fortify the structure, allowing drones to remain airborne for longer and resist attack more effectively.

Stealth: When graphene is appropriately applied to the surfaces of military vehicles – including land, marine, and aircraft – they may become undetectable to hostile radar devices, enhancing the stealth protection of our military personnel.

Satellites: Graphene can be utilized to shield satellites from space debris and enemy attack by reinforcing the outer shell without adding weight.

Energy Storage: Indian researchers announced progress in the development of a cost-effective supercapacitor based on graphene that can power a variety of applications, including cutting-edge military equipment, mobile devices, and contemporary cars, according to a report in Graphene-Info.

Next Generation Imaging Devices: Researchers at UC San Diego are merging graphene with quantum dots, which are semiconductive nanoparticles, to produce devices that can “see” a broad spectrum of wavelengths of light, such as infrared and ultraviolet, that are invisible to the human eye.

The Avadain team is diligently working to deliver our high-quality graphene to market so that our military forces can be better shielded, stealthier, and prepared for our adversaries!